Raising of flag of Russian Federation on trawler Barentsevo More

On February 4, there was held an official Russian Federation flag-raising ceremony aboard the trawler Barentsevo More. The first in the history of domestic shipbuilding large-capacity processor-trawler project KMT01 was built at Vyborg Shipyard (part of USC). 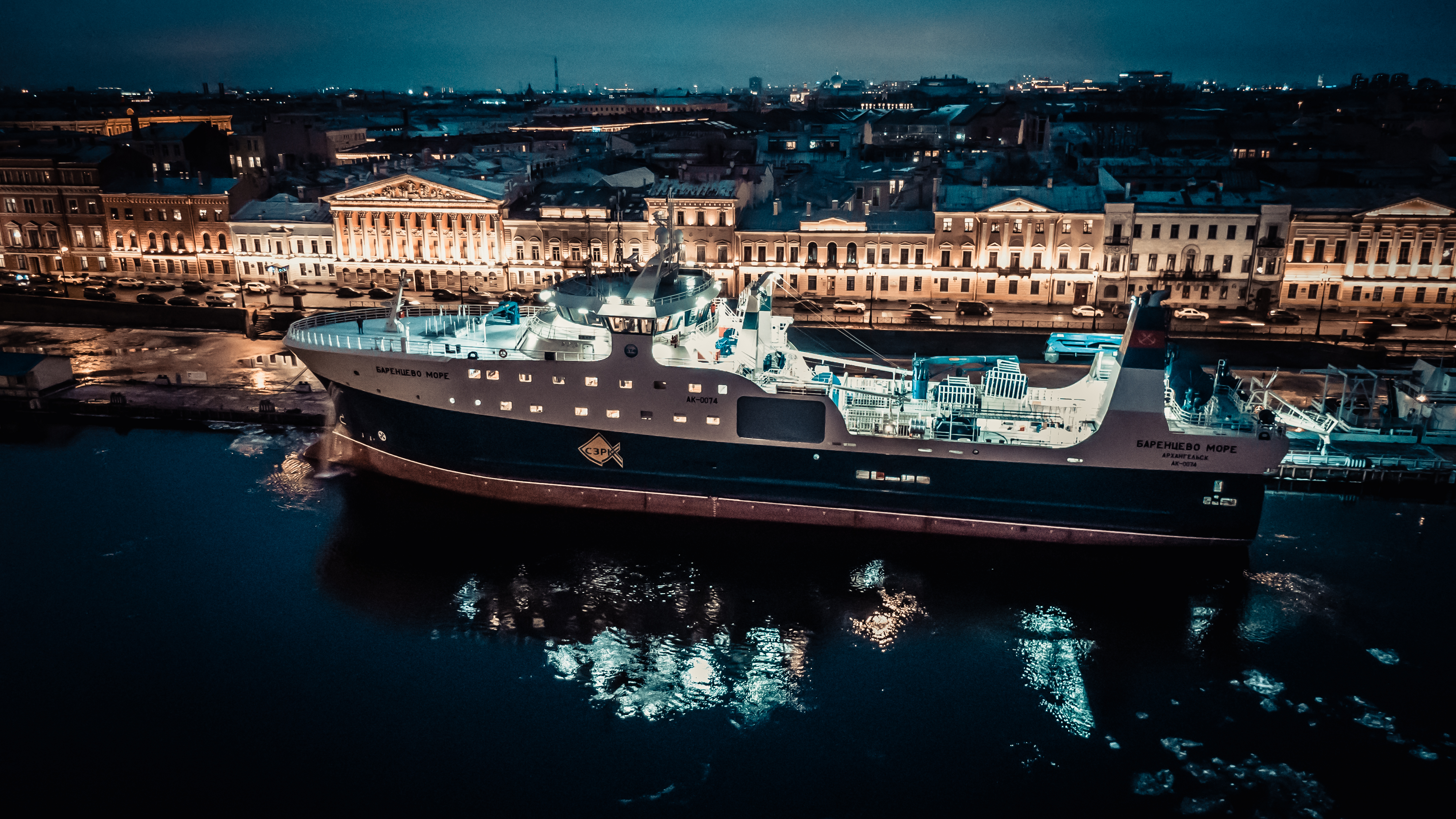 The ceremony was attended by the Governor of St. Petersburg Alexander Beglov, Deputy Minister of Agriculture of the Russian Federation - Ilya Shestakov, First Deputy Chairman of the Federation Council Committee on Agrarian and Food Policy and Environmental Management - Sergey Mitin, Deputy Chairman of the Government of the Leningrad Region - Chairman of the Committee - Dmitry Yalov, Governor of the Arkhangelsk Region - Alexander Tsybulsky, Minister of the Agroindustrial Complex and Trade of the Arkhangelsk Region, godmother of the vessel - Irina Bazhanova, General Director of Vyborg Shipyard, Chairman of the Leningrad Regional Branch of the Russian Engineering Union - Alexander Solovyev, representatives of the United Shipbuilding Corporation and fishing companies of the North West region.

The processor-trawler Barentsevo More was handed over to the Customer by Vyborg shipbuilders in September 2020. The vessel was constructed under Russia’s "investment quotas" program providing for allocation of additional quotas for catching bioresources to the companies building vessels at the shipyards of the Russian Federation.

The vessel is equipped with a full range factory for processing and freezing fish products, and the state-of-the-art trawl equipment. The trawler integrates a number of the latest solutions increasing the efficiency of the vessel in the fishery, such as a complex system of variable frequency of internal power grid, which ensures fuel savings on passage, as well as equipment that allows using a computer to sort frozen products by type and form pallets that will be transported from hold to upper deck of the trawler through elevator trunk from where they will be unloaded ashore, reducing the products unload time from two days to one shift.

During the ceremony, to the guests there was presented the internal arrangement of the vessel including a full-cycle processing factory with waste-free production, freezer hold, latest trawl equipment, workrooms and rest rooms for the crew, main systems and machines of the vessel.

After the solemn raising of the flag of the Russian Federation, the advanced Russian trawler will leave for fishing trials in the Barents Sea, upon completion of which full-scale fishing will begin in the Russian sector of the Northern Fishing Basin.

Reference: Barentsevo More is the lead processor-trawler in the series of four vessels project KMT01, which have been under construction at Vyborg Shipyard (part of USC) since 2017.