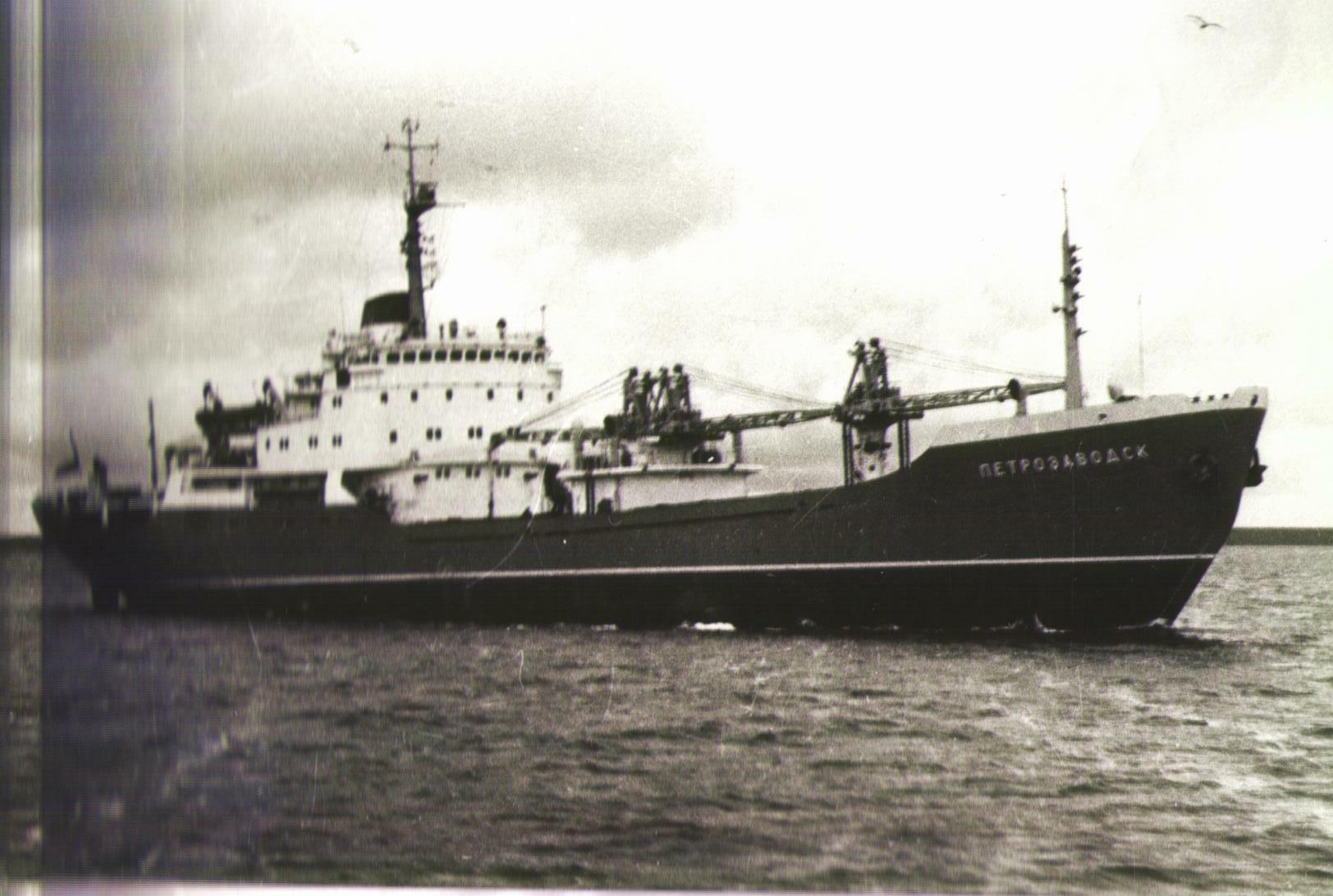 In the early 1960s, all facilities of the production technological chain were put into operation and Vyborg Shipyard focused on developing technologies for serial vessel construction. In a short time VSY mastered the production of large series of timber carriers (up to 11 units per year). Then, the yard was assigned a mission to increase the output to 16 units per year. At that time the integrated program “Vyborg" was implemented, which provided for engineering, fabrication and implementation of comprehensively mechanized production lines and floors for fabrication of typical parts and sections. The ideas of production mechanization laid down in these projects are now implemented on new facilities at many shipyards abroad, but Vyborg Shipyard was the first to realize this concept. In the late 1970s, two salvage vessels were built for the Navy (one of them Mikhail Rudnitsky was engaged in the rescue mission at the accidents of submarines Komsomolets and Kursk, and is still in service). There were also built two search and survey vessels to locate wreck at the depths of 2000-6000 m. 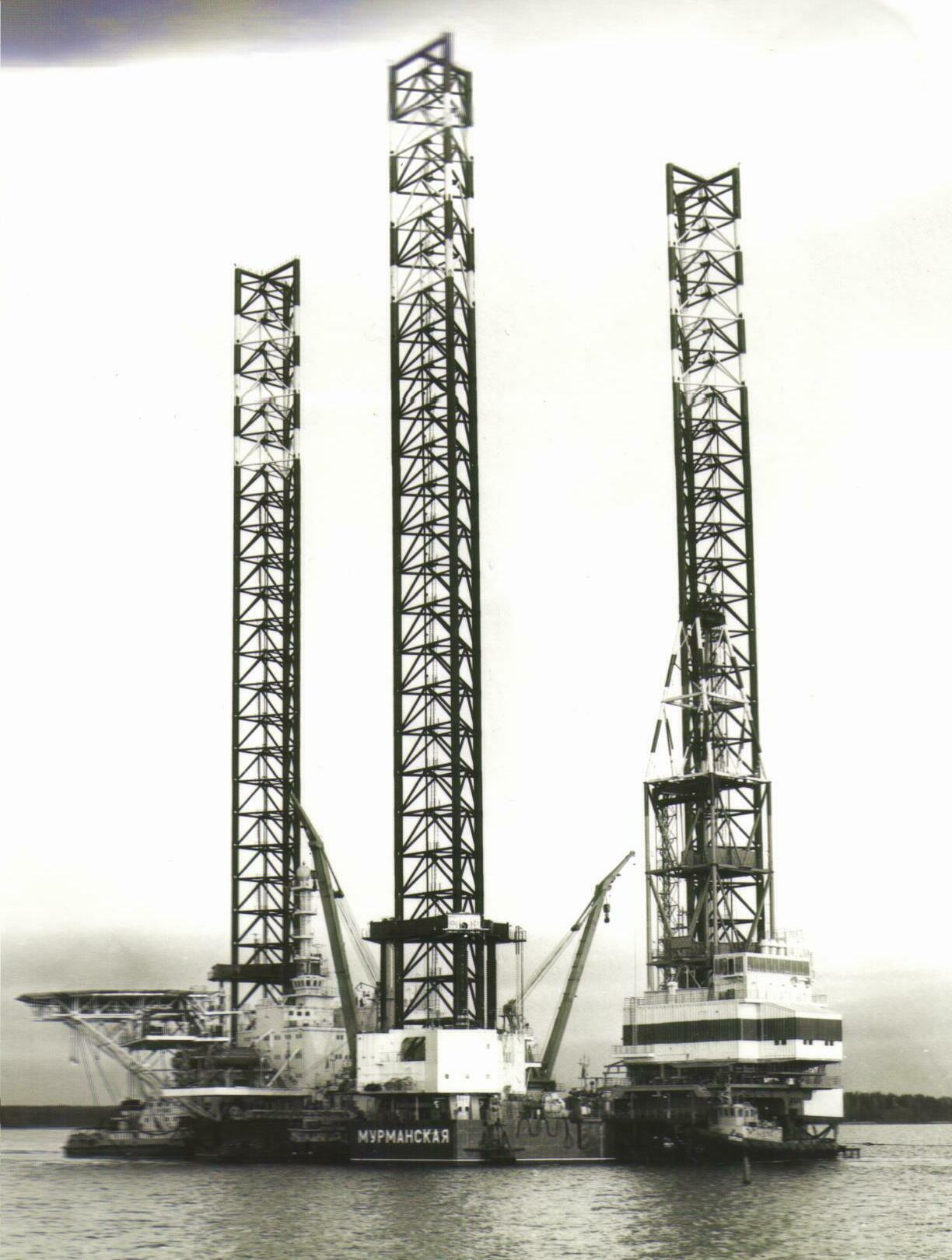 From 1978, Vyborg Shipyard was reoriented for new products - floating drilling rigs for oil and gas exploration and production on the continental shelf. At an early stage the yard delivered for operation in the Caspian Sea 6 sets of SSFDR block-modules 900t and pontoons for final assembly in Astrakhan. In 1982 - 1990, 7 topside sets of fixed drilling platforms were delivered to Vietnam. In 1985 - 1991, the yard built turnkey 4 Shelf SSFDRs for the open seas, up to date, all the rigs have been successfully operated. In 1990-1993, two first in the Soviet Union jack-ups Murmanskaya type were delivered for operation in the open seas.

Sea Launch - Project of the century 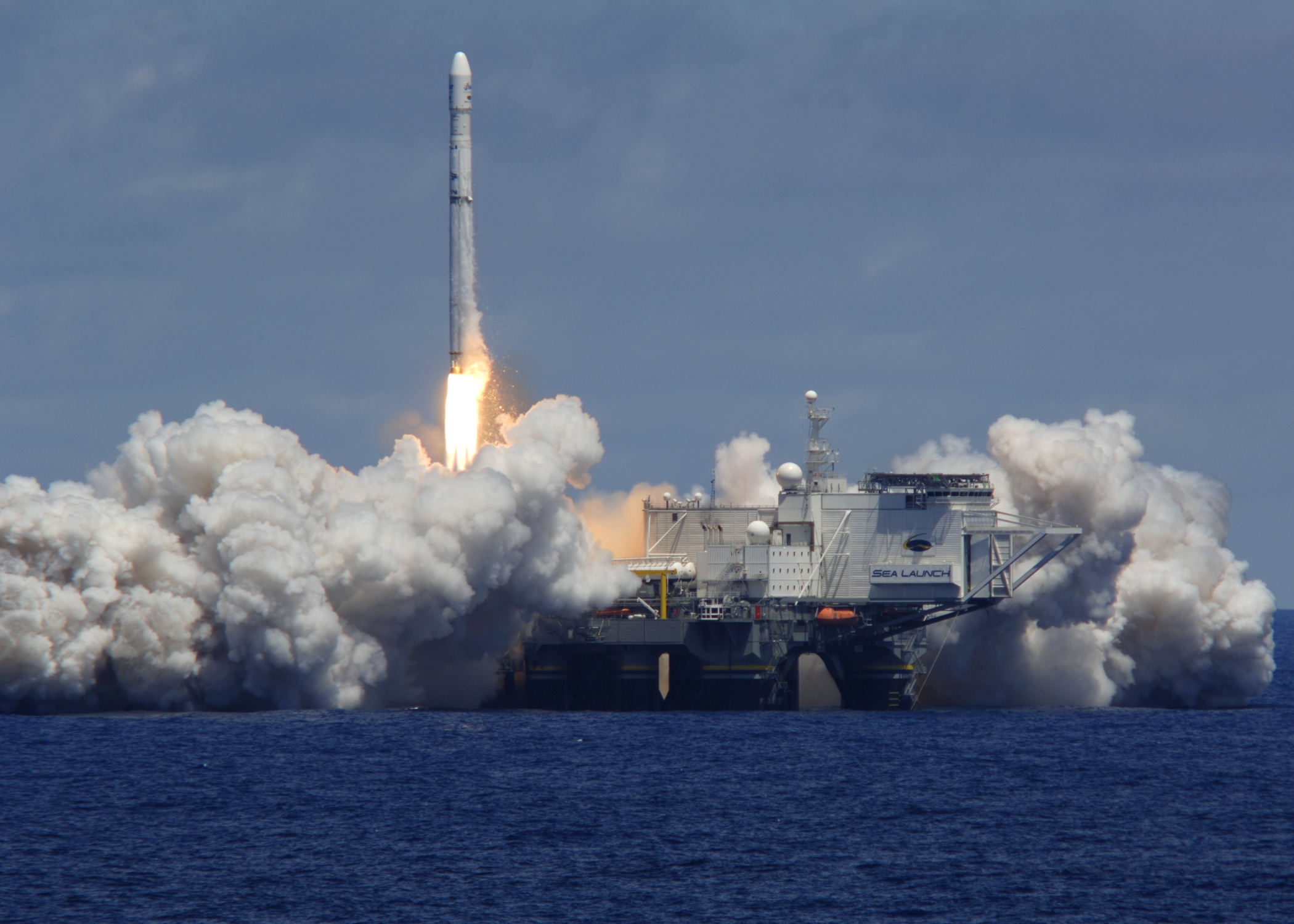 In 1993, Vyborg Shipyard was reorganized from a state owned into a private company. Cooperation with the Norwegian engineering company Moss Technology resulted in a contract for upgrading and installation of spacecraft sea launch system on board semi-submersible platform Odyssey. The Sea Launch project turned out to be a unique synergy of aerospace industry leaders from the Russian Federation, Ukraine, United States, and maritime expertise from Norway. Vyborg Shipyard share in the Sea Launch project was 57.6%. 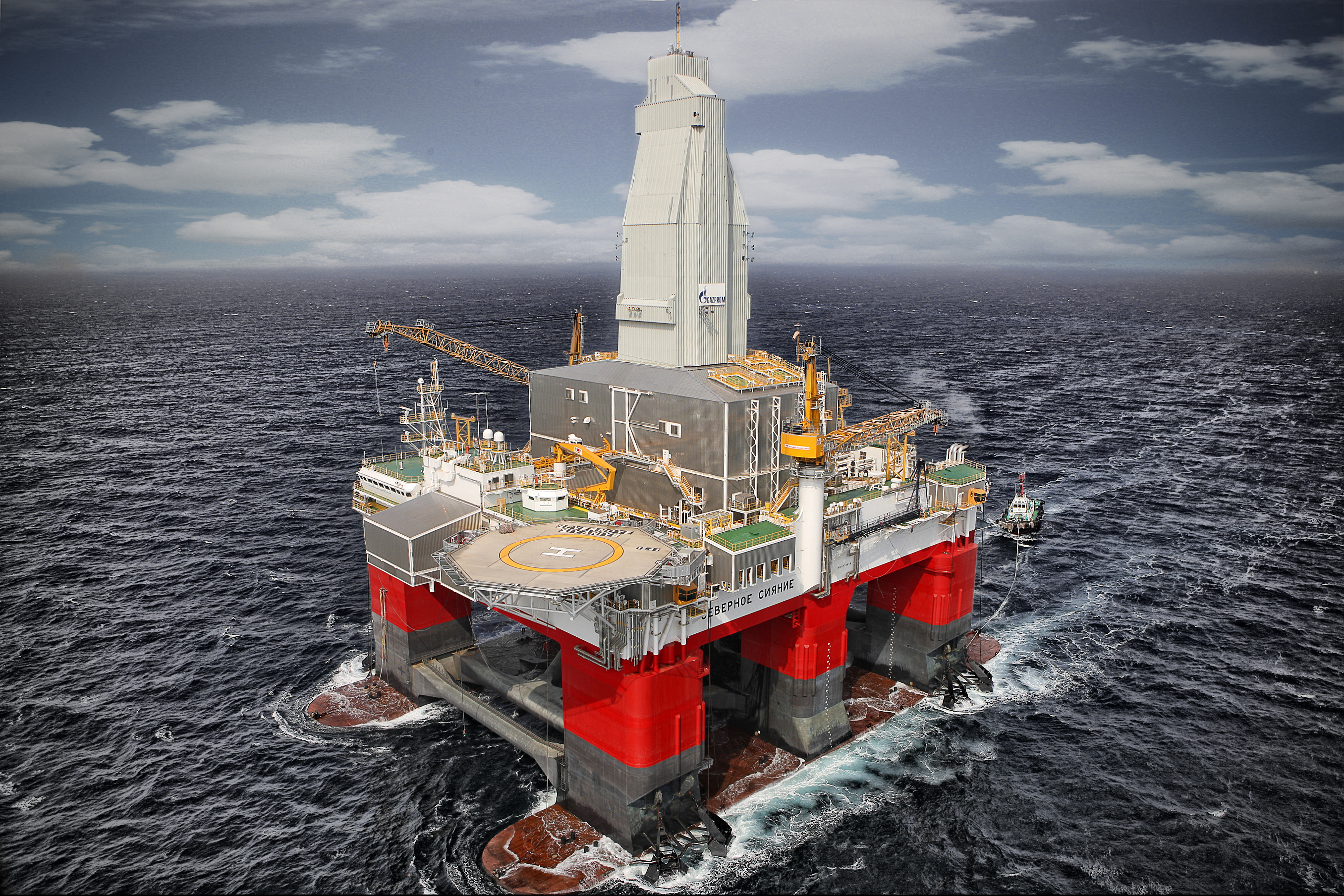 In 2002 Vyborg Shipyard built for export a multi-purpose bare deck platform Moss CS-50 ensuring maximum functional flexibility for the end user. In 2008 another platform of the same design was delivered at the customer’s request 3 months prior to the contract delivery date.

In 2007 Vyborg Shipyard had the winning bid for engineering and construction of two SSFDRs Polar Star and Northern Lights based on the modified design Moss CS-50 Mkll for Gazflot. To optimize the overall engineering and production schedule the topside structure was subcontracted to the Korean shipyard Samsung Heavy Industries, lower hull was built at Vyborg Shipyard. In 2010 in Korea there were performed unique float-over operations on integration of the platforms. The SSFDRs were handed over to the customer in 2010 and 2011 respectively. The production cycle of each platform from laying to delivery was 36 months.

Vyborg Shipyard also participated in other offshore development programs including construction of topside modules of the offshore ice-resistant fixed platform Prirazlomnaya. Besides, in the period of 2003-2007 Vyborg Shipyard built outfitted and painted hulls of 8 platform supply vessels, 1 rescue vessel and  1 ROV vessel for the Norwegian customers.

Along with the offshore program in that period Vyborg Shipyard also built outfitted hulls of 10 fishing vessels which were finally completed at the Norwegian yards and 6 tankers for Kazakhstan.

In 2012 Vyborg Shipyard started turn-key construction of a series of diesel-powered sea-going icebreakers 21900М rated power 18 MW. The prototype vessel Vladivostok was handed over to the Customer in October 2015, second in the series Murmansk - in December 2015, and the last Novorossiysk – in December 2016. At the present time the icebreakers 21900M are the highest-powered diesel-electric icebreakers built in Russia.

In 2015 Vyborg Shipyard was awarded a contract for construction of two multifunctional icebreaking support vessels rated power 22 MW for Gazpromneft. The vessels are based on the-state-of-the-art design ice class Icebreaker 8. The prototype vessel Aleksandr Sannikov was launched in November 2016, presently under commissioning. The second icebreaker  Andrey Vilkitsky is now fitted out afloat.

In 2015 Vyborg Shipyard also signed a contract for construction  of a port icebreaker 12 MW with innovative propulsion system ordered by FSUE Atomflot for operation in the port of Sabetta on the Yamal Peninsula. Now the vessel is fitted out for launching on board the semisubmersible barge Atlant. 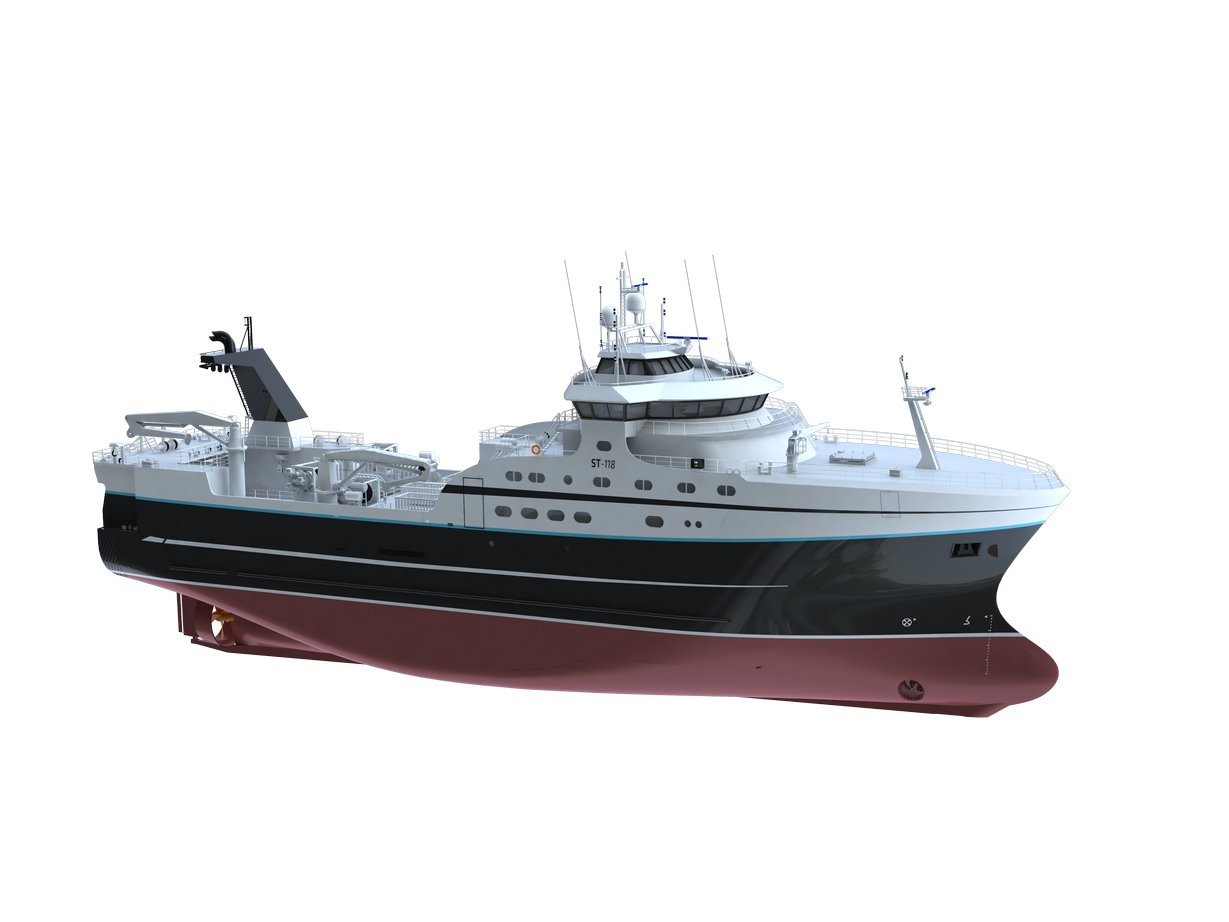 In 2016 Vyborg Shipyard concluded contracts for turn-key construction of a series of four fishing trawlers КМТ 01 with Arkhangelsk Trawl Fleet. The vessels are intended for  fishing in  northern seas and will be reinforced to Ice3 class to extend the effective fishing time.

In December 2016 and in May 2017, Vyborg Shipyard was awarded contracts for construction of four fishing trawlers КМТ 02 for Nord Pilgrim, LKT, Atlantrybflot. The trawler KMT02 with Ice3 category reinforcements and the trawl complex of the latest generation is designed for catching bottom fish species. On board there will be installed equipment with planned catching and 24-hour freezing capacity up to 100 tons of fish per day and combined holds for marine products with capacity up to 375 m3.